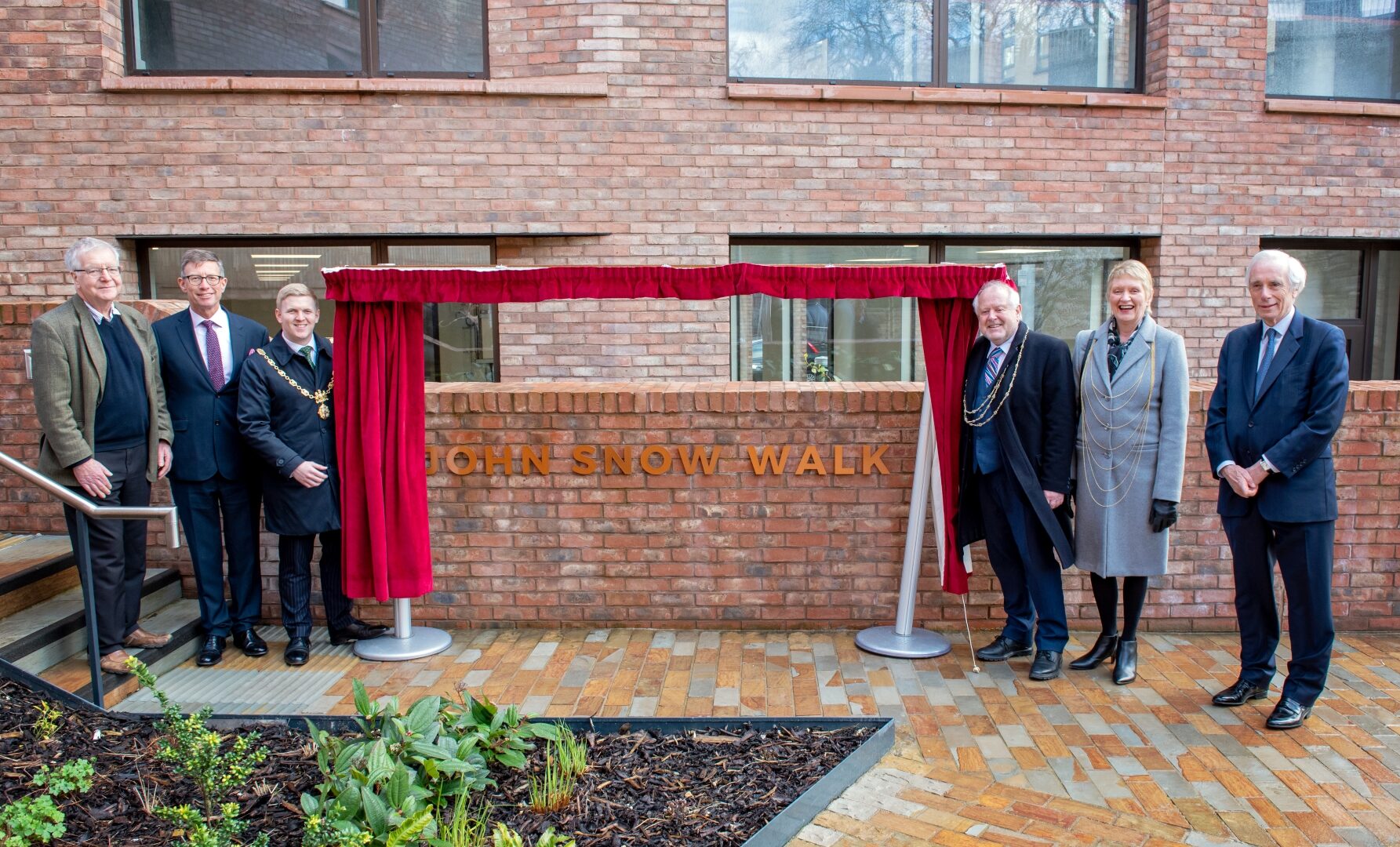 A prestigious mixed-use development in York is celebrating the life and legacy of Dr John Snow by naming a new walking route through the development, John Snow Walk.

Dr John Snow was born and raised in York and famously controlled and eliminated a cholera outbreak in London’s Soho in 1854 by identifying the source as a public water pump.  He advised removing the handle to the pump in one of the first examples of public health and the deadly outbreak was halted.

Hudson Quarter, located opposite the railway station in York and developed by the quoted Palace Capital plc, is a short distance from North Street, where Dr John Snow was born and lived until he was around 14.

It was unveiled at a ceremony at Hudson Quarter where representatives of Palace Capital plc, the NHS Trust, Lord Mayor of York and the John Snow Society attended the sign unveiling at the development.

Neil Sinclair, Chief Executive of Palace Capital commented: “We wanted to celebrate the life and achievements of Dr John Snow as he was a pioneer in public health and grew up so close to Hudson Quarter. His legacy is even more relevant, give the current Covid pandemic situation and the efforts health authorities around the world are conducting at the moment.

“As an international pioneering figure in the fields of anaesthesia, epidemiology and public health, this new walking route is a fitting way to raise the profile of Dr John Snow in the City where he was born.”

Jimmy Whitworth, Co-Chair of the John Snow Society added: “It’s great that the ground-breaking work of Dr John Snow is being commemorated in his home City of York and his achievements fully recognised on this development, very close to where he was born.”

Hudson Quarter features 127 apartments and 39,000 sq ft of Grade A office space, set around a new courtyard and landscaped grounds, as well as the new route through the site linking the railway station with the Micklegate area of the City Centre.   The development was fully completed in April last year with the first commercial tenants and residents of the apartments already calling Hudson Quarter home.